Filters
Filters
About Kisumu
Kisumu county code 042, is found in the western part of Kenya. It is an inland port on Lake Victoria which is the second largest freshwater lake in the world. Its capital is Kisumu city which is the third largest city in Kenya after Nairobi and Mombasa. The name Kisumu comes from the Luo word "Sumo" which means a place of barter trade. The County is home to the Oscar award winner Lupita Nyong'o. Read more

Kisumu Central, Kisumu
30 Guests
See Price
To See Hall Price
On the venue page, click
You only need to complete one form for all your requests 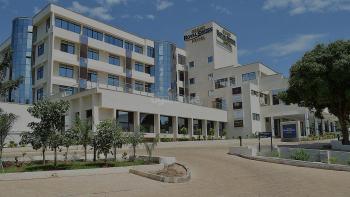 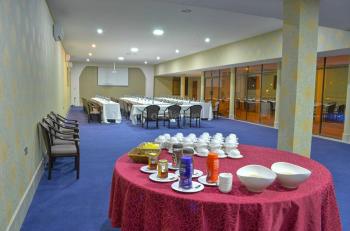 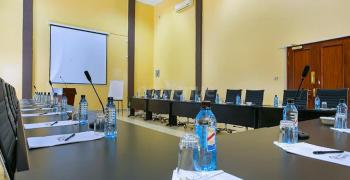 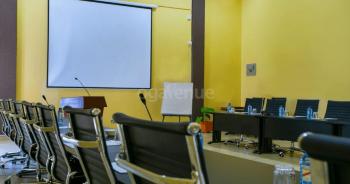 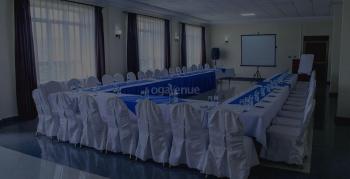 Kisumu, Kisumu
See Price
List your venue here. It's free.
Venues in these constituencies are in Kisumu
Kisumu Central
17 venues
Kisumu East
8 venues
Kisumu West
7 venues
About Kisumu
Kisumu county code 042, is found in the western part of Kenya. It is an inland port on Lake Victoria which is the second largest freshwater lake in the world. Its capital is Kisumu city which is the third largest city in Kenya after Nairobi and Mombasa. The name Kisumu comes from the Luo word "Sumo" which means a place of barter trade. The County is home to the Oscar award winner Lupita Nyong'o.

The county has a shoreline on Lake Victoria occupying the Northern, Western and a part of the southern shores of the Winam Gulf which is the extension of Lake Victoria from the North Eastern into Western Kenya.

The county's climate is modified by the presence of Lake Victoria. It has an annual rainfall of between 1200mm and 1300mm and has two rainy seasons. The rainfall falls mainly in the afternoon during the rainy season and is characterized by loud thunderstorms. It is usually warm throughout the year with mean temperatures of 23 degrees Celsius. The humidity is relatively high throughout the year.

According to the 2009 national census, the population of Kisumu is 968,879. The population of the county is mainly from the Luo community the third largest tribe in Kenya and one of the largest tribes in East Africa. There are other tribes that occupy the county like the Luhya community and the Indians that come to the area during the construction of the Mombasa-Uganda railway and thereafter settled in the region. The dominant language is Dholuo but Kiswahili and English is also spoken in non-domestic situations.

Kisumu is widely known for fish production which is also the residence's staple food. The fish is prepared in a variety of ways and accompanied with some vegetables and Ugali which is prepared from maize flour and sometimes from a mix of other grains like millet, sorghum, and cassava. The high consumption of fish in the county has been touted as one of the causes of the general high IQ levels in the region and as a result, fish has become a popular delicacy to the rest of the Kenyan regions.

Kisumu County is quickly developing into a major tourist destination in the Western tourism circuit of Kenya.

The popular tourist attractions in the county are

The Kisumu Museum. Located on the Nairobi road in Kisumu. The museum was established in 1980 and exhibits focus on the cultural and the natural history of Western Kenya. It also features a vast collection of the local flora and fauna.

Kit Mikiya. On the Kisumu-Bondo roads stands a large rock with three rocks on top of it this is the Kit Mikiya. The name Kit Mikiya means "first wife" or "stones of the first wife" in the Dholuo language. It is a weeping rock. It means that the "Mikaya" that is the "first wife" went up the hill in the stones when the husband took a second wife and has been weeping ever since.

Hippo point. This is a 590-acre viewing area of Lake Victoria. Unlike its name, the area is best known as a viewing point of its unobstructed sunsets over the lake than for its occasional hippos. Located near Dunga Village which has a fishing port and a camping site. Kisumu county is said to have one of the best sunsets in the world and the best in Kenya. With the sun sinking into the horizon over the Lake turning the water into many hues.

Kisumu Impala Sanctuary. It lies on the shores of Lake Victoria. The facility was gazetted in 1992. It is home to all the big five games apart from the elephant. There is also a nature trail within the sanctuary where you can take a walk and experience the diverse flora and fauna within the sanctuary. They hold an annual Kisumu Impala Conservation Boat race event every November to help create awareness of wildlife especially the endangered Sitatinga Antelope. The sanctuary is also a key site for ecology and wildlife research and education.

Kisumu is a great place to hold an event, with the diverse culture, view of Lake Victoria and the magnificent sunset. There are a number of venues to chose from which can all be found on ogaVenue. We make your search easy and guarantee the best prices.
Here we can provide you conference rooms in Kisumu, wedding venues in Kisumu, Training rooms in Kisumu, Meeting rooms in Kisumu and all other venue types.